My own game universes

I've had a lot of small game projects over the years, but most of them just sit in folders on my drive and... any indie game developer is familiar with the situation. The stuff listed here was more or less randomly selected. I have a lot of stuff which could be made more presentable and displayed here. Some of the stuff is close to finished too. A shame that I can't find the time and focus.

A game ideas centered around a grapple/rope mechanic. 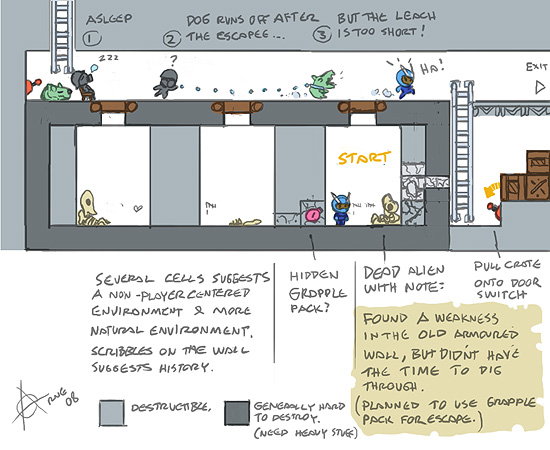 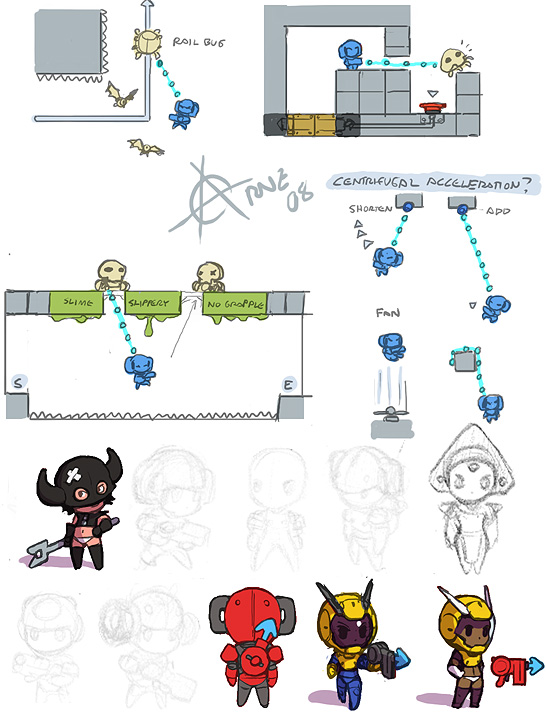 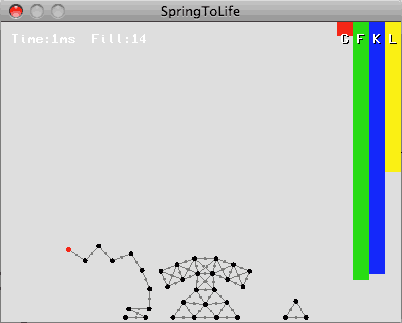 Clever name, I thought. Yeah, it's a Sodaplay clone, so far. It suffers from the same kind of instabilities, or worse. I coded it a late Yule night, lying in a sofa with a laptop. Gave me a neck-ache. I don't like using laptops for text editing.

Here's a robot. I might use it for an Ant Attack clone. I did the black one first (without any thumbnail exploration) but it ended up too detailed (internally and externally) so I thought a simpler one would be better. I decided on a gray, slightly retro-ish robot. Bit of a Gort feel to him, ne? I want to develop the virus design further, I think it has some strength. I've always thought that viruses looked like robots. 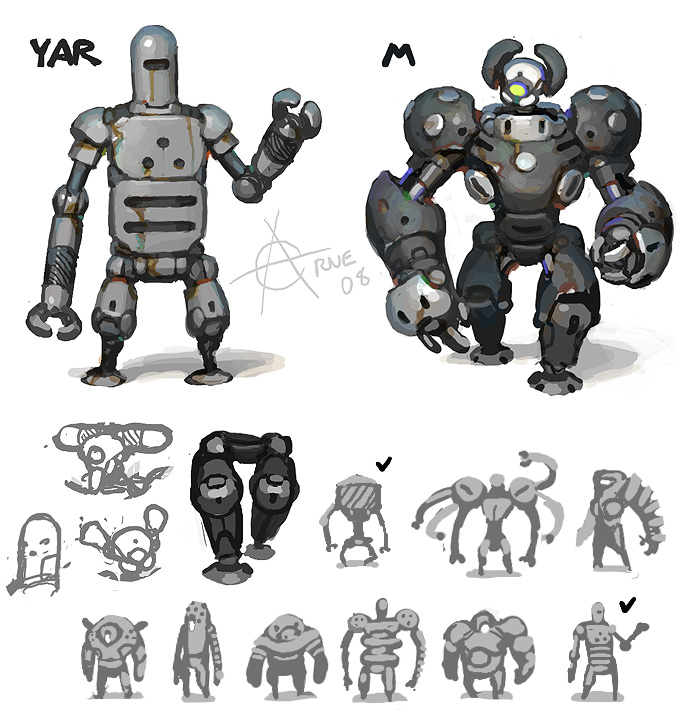 Zerberk is a mix between Robotron and Berzerk. I didn't finish the project. Right now the computer plays itself (zero player). I have some concept art for this project which I have yet to scan.

LudumDare is a friendly competition where you make a game in a very short time. My entry was called Legacy of HYDON, and it was done in 48hrs (minus sleep). Unfortunately I spent most of the time on graphics, so the game isn't really... there.

Choose Your Own Adventure

Quite some time ago (2009?) I spent some 2 hrs making a simple (unfinished) Bullet Hell game, because I realized how simple such an engine is to make. I called it Bullet Storm (Scanty alert!), but now that title is taken of course. I soon realized that the difficulty didn't lie in making the basic engine, but in the pattern design, timings, and scripting the presentation.

A few years went by before I started looking more closely at the Touhou games. You've probably run into the "bullet hell" game Perfect Cherry Blossom on youtube at some point if you're a gamer. It's actually the 7th game in the series of indie games made by a certain "ZUN". He's a one man army who makes the music, gfx and code himself. The Touhou world is populated by a growing group of quirky female gods. Some are quite popular and there's Touhou fan content being made every minute it seems.

I thought it would be fun to come up with my own set of character. I was going to use an 80's anime style, but eventually I decided to use proportions closer to those used by ZUN, though a bit more curvy. I'm not much for spaghetti/stick legs. I did these as the new year fireworks were going off outside...

And this is what my engine looked like after a few hours. I spent 3 more days on it but a screenshot now would look almost exactly the same...

Stuff waiting to go on a page 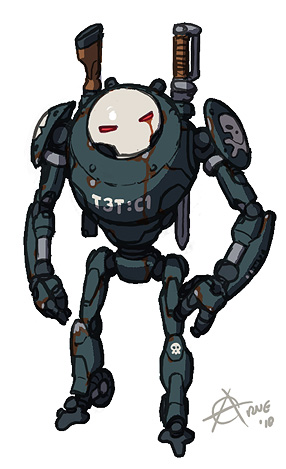 A robot that I want to use for some project eventually.

I drew and inked a robot, offhand due to RSI problems.

You can't really tell from the photo, but the lines on that drawing are kind of micro-wobbly. Could suit the desert setting though (heat). The lost lines were sometimes more because I didn't have the precision to make lines meet...

I started on this (Goor from my old Robotrek setting) drawing with my proper hand which is getting better and better. Didn't dare to go over 45 minutes though, just in case. Pencil, Marker and Ink pen on A4. 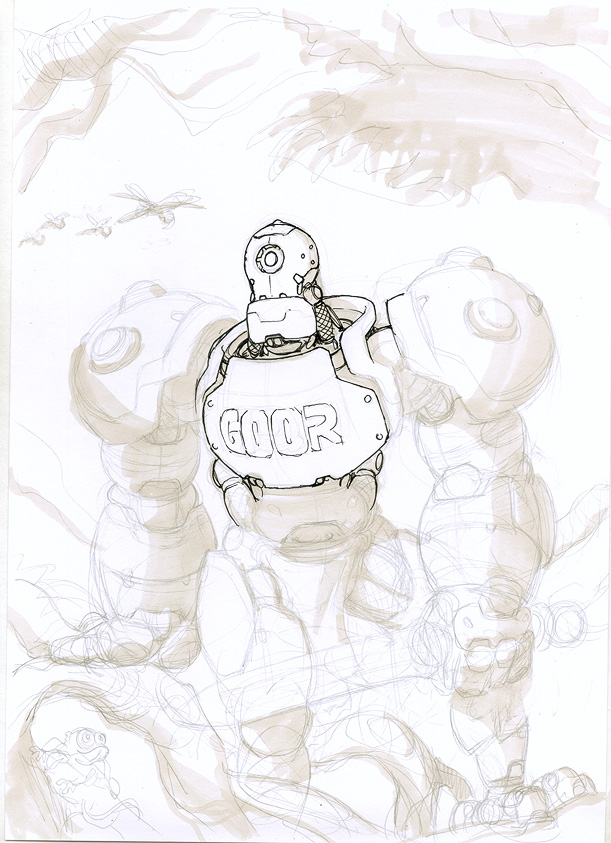 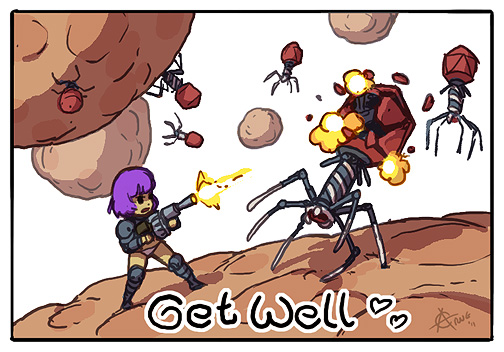 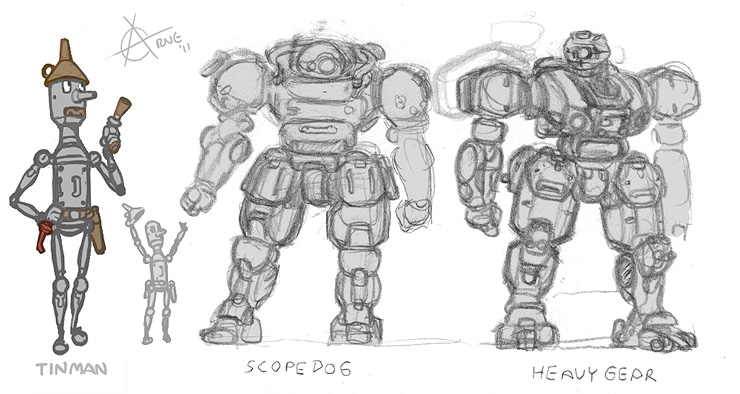 More doodles. I wanted to (just to see what happens) invert the Scopedog and Heavy Gear mechs, moving the mass from their feet up to their thigh, etc. I also drew a pretty plain Tinman from the Wizard of Oz.

Wild Sim Ant redesigns from many years ago. 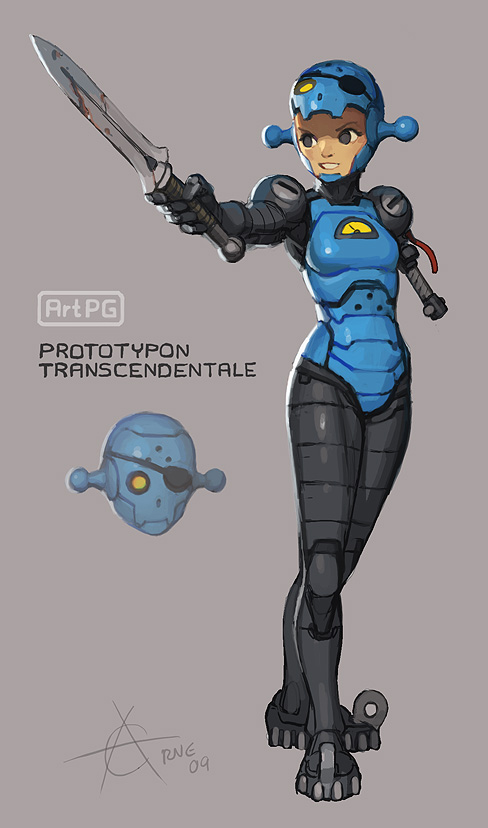 For a forum activity / game I started over at the Apedogs forum. 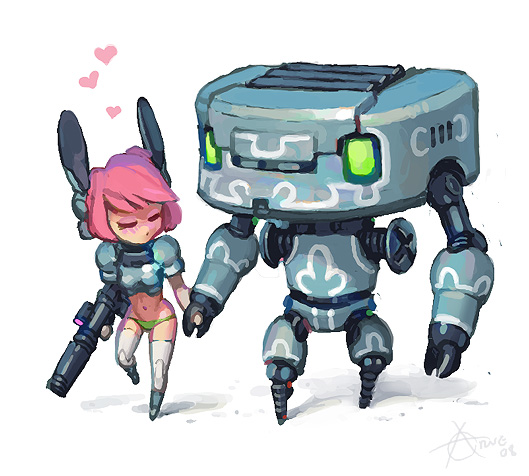 Based on someone's avatar I think. 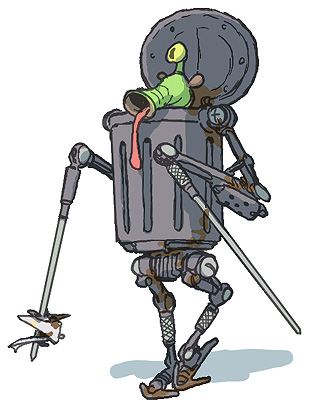 I made this for some forum activity. It's a garbage collector mecha. 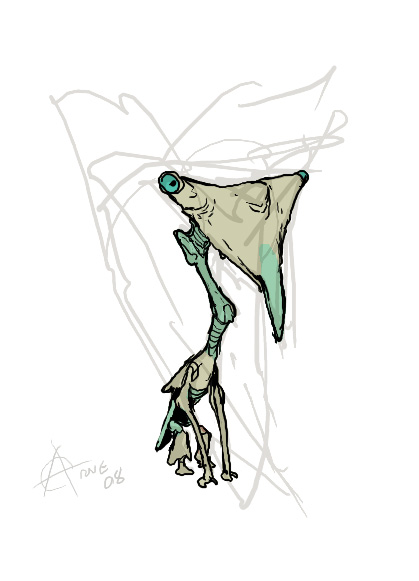 This was just a very quick doodle which came out of a couple of lines, but there's something about it which I like. 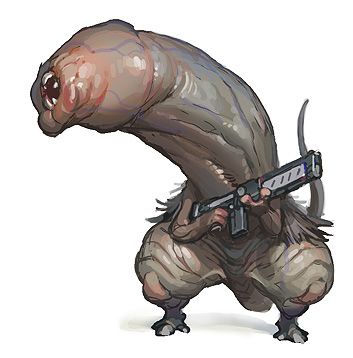 I'm not sure what I was thinking here. Probably trying to be funny. Maybe it's married to a vagina dentata. 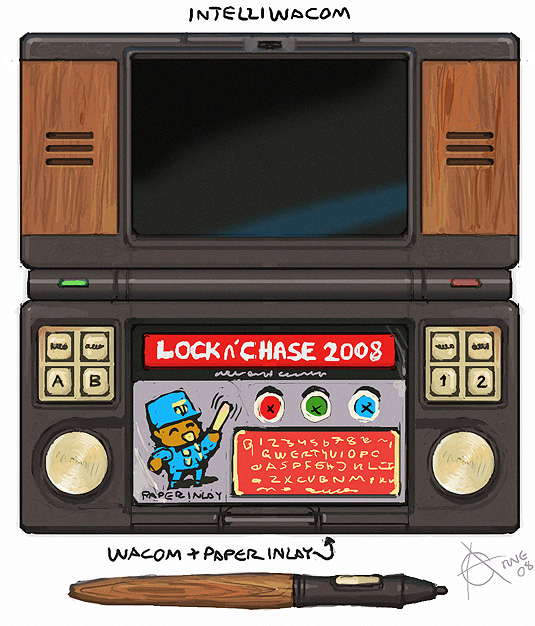