When my RSI prevents me from working digitally, I need other things to do. Audiobooks are convenient, because I can listen to them while doodling lightly on paper. Also, even with healthy hands I never did manage to find a way to hold books and keep a comfortable posture.

Quite by chance, Lovecraft popped into my head. Fortunately, it turns out that there are plenty of more or less free HPL audiobooks online. Mountains of Madness and Shadows out of Time are my favorites so far. Naturally, soon HellRaiser and Event Horizon surfaced in my mind, and I was also reading Appleseed and Dominion a the time. In order of appearance on paper: 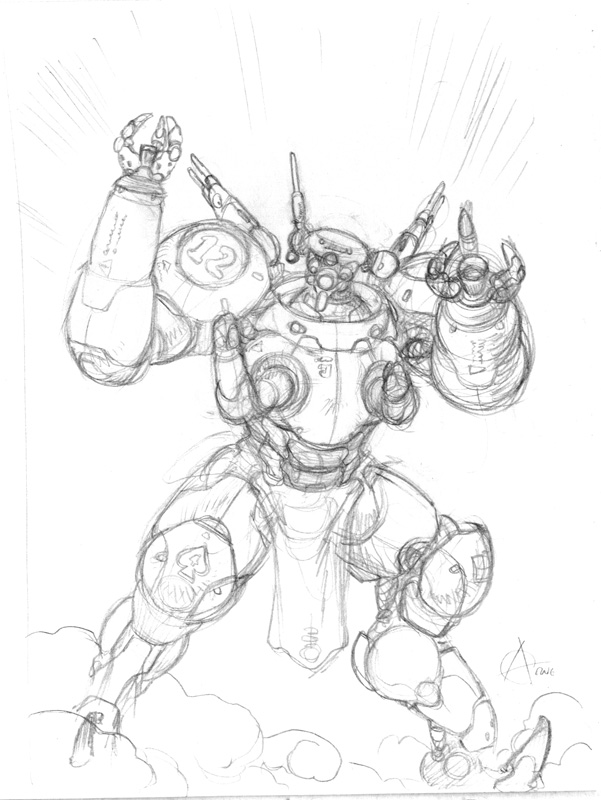 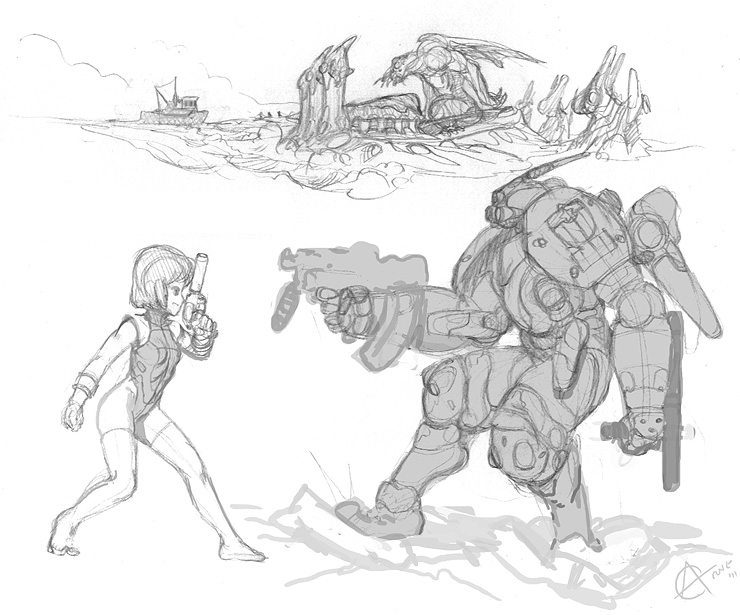 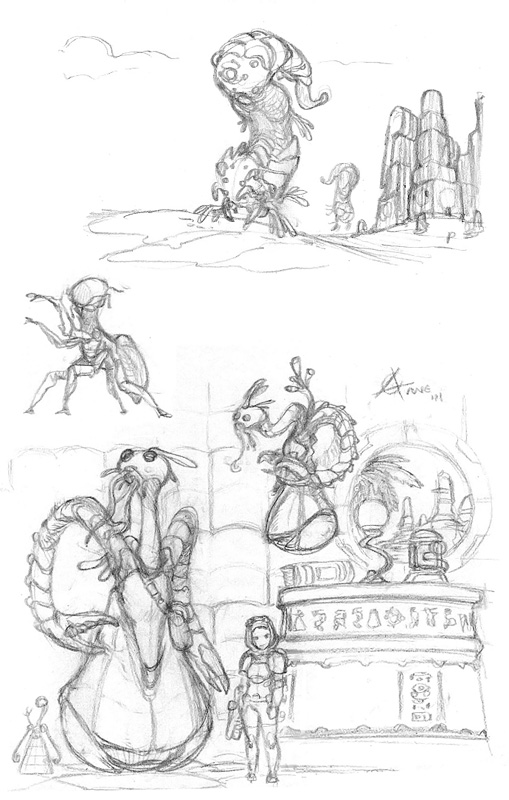 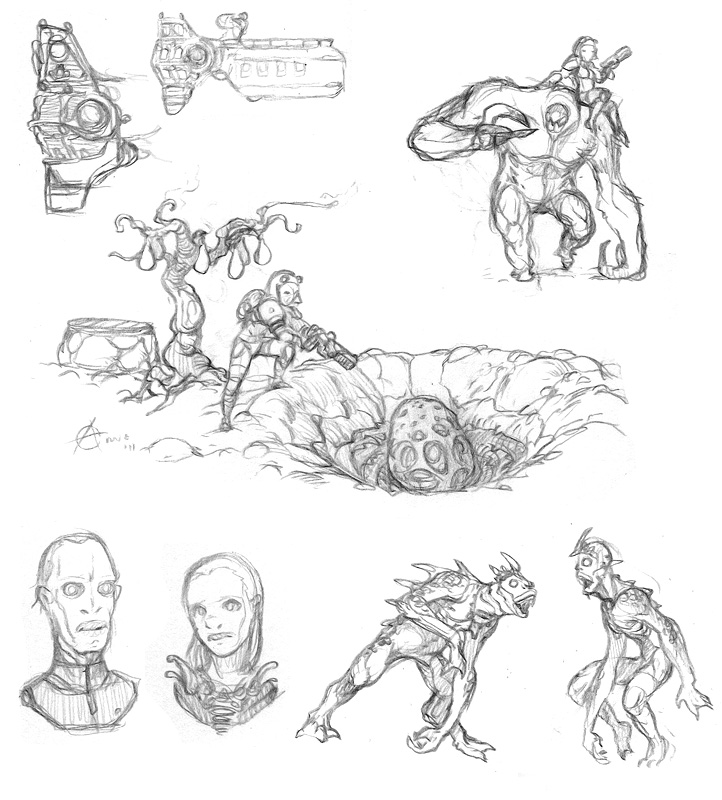 If it was innate madness, or some other force which drove the human race to fight eight world wars, no one really knows. But to call what just had happened "World War 8", would perhaps be to misrepresent it, because not much of the world remained, and even less remained after the war.

Human civilization, at this point, amounts to a handful of small nations, isolated from each other by vast stretches of inhospitable land. There's the until recently "neutral" Northern Amalgam, The South-South Americans, The East Africans, The Siberians, The South Indians, and a handful of inconsequential and tattered groups. The North-North-Americans were the biggest losers of the war, and now belong in the "inconsequential and tattered" group.

The reason for the war was somewhat peculiar as it arose as an ownership dispute over a single and undecipherable page from a book of unknown origin. It was the uncannily tough material of the page itself that was so interesting and relevant. With many nations being on equal footing, and in tense relationships, any technological advantage could, and did, prove disruptive.

The optimistic forecasts of a bright future full of wondrous technologies, had been mercilessly shattered almost two centuries ago. It was then the early machine driven storage devices, radio and other things suddenly became unreliable and eventually stopped working all together. Alternative, but less efficient solutions are now employed, The development of new technologies has become a slow, expensive and tedious process, as many things which should work, does not. The book page presented an opportunity to leap ahead of the competition.

The phenomenon responsible for this... technological holocaust of sorts, is an an Earth-spanning, seemingly technology-hostile force field exhibiting strange electro magnetic properties. It seems to originate in (or rather, beneath) Australia, which, probably not incidentally, is also the home of some kind of ferocious and malign alien creatures which have eradicated all forms of life intruding on their territory.

Only one piece of knowledge pertaining to these creatures has survived the ravages of the technological holocaust and several world wars... They are building something immense beneath the surface, and have been doing so for a very, very long time.

The book page is now in possession by the newly formed SSA-NA-SI alliance which came out on top. The page's material secrets were used to develop new building materials, body armor, archival books, and many other things.

Perhaps the most promising aspect of the war's outcome was the formation of the Alliance's Joint Exploration Force, tasked with finding artifacts such as the book page, and maybe eventually find a way to combat the Australian menace and shut down whatever is responsible for the Great Disruption.

So, What's the plot concept here? Tomb Raiders meets X-COM in a Cthulhu setting with Cenobites loose? Perhaps it is so!

First mission: The team heads into a nasty situation blindfolded. Sarge is the leader and a veteran, but he hasn't been frank about the nature of the real mission, and everything turns into shit. Samson, the strongest, is used to demonstrate how much stronger some alien obstacle/creature is. They run into an ominous sphere, which reacts to their presence by shooting out chains which rips the team apart. Porc, Doc and the sniper gal gets turned into nasty servants of this sphere entity. They later become the Evil Trio.

Only a few of the redshirts survive. One of the redshirts have had a possession-by-Yith experience which begins to surface with flashbacks which reveal useful clues later on. The team returns with an artifact. Then a new team assembles, and goes on another mission.

You know... X-COM and HPL stories have some things in common. PSI attacks driving people insane, and everyone dying. Well, that's it for now. Ta-ta!